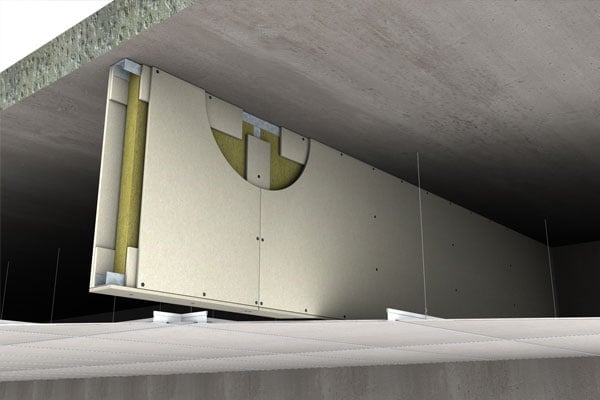 Abstract: The Use of Cavity Barriers to Mitigate External Fire Spread in Multi-Storey Buildings

The literature review conducted within this paper describes what building façades, a cavity and cavity barriers are. The main goal of the research conducted is to determine if the installation of cavity barriers is effective in stopping vertical fire spread on buildings that incorporate combustible building elements along the facade, such as aluminium composite panels (ACP) with a combustible core.

Previous studies on cavity fires were assessed in this, it was found that the width of the cavity impacts on fire growth within a cavity, it was also noted that a fire within a cavity is prone to rapid fire spread (up to 5-10 times faster than an external fire), this is due to the air flow and configuration of the cavity, known as the chimney effect as shown by the illustrations below. 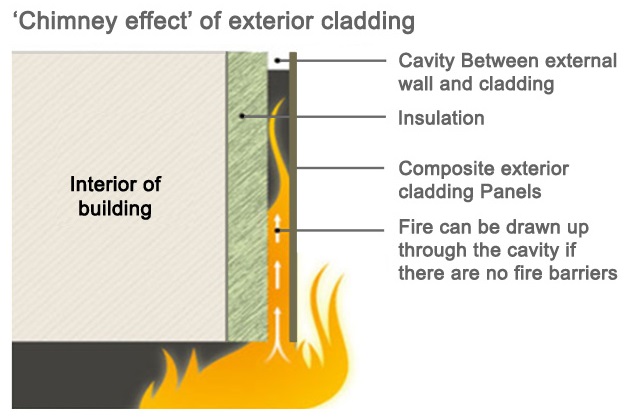 The National Construction Code (NCC) of Australia does not allow any combustible elements to be used on the external wall of a building; this requirement was supported with the introduction of a product ban introduced in 2018. The Commissioner of NSW Fair-trading placed a ban on building products with more than 30% combustible matter. It has become evident that many buildings all over Australia have been identified with combustible cladding on their facades, to which the costs of replacing can be severe, and as such many building owners are looking to retain the cladding. The aim of this study is to show that the installation of cavity barriers can mitigate vertical fire spread on buildings.

The resulting increase in interconnectedness at all levels and the necessary exposure of control systems to other networks creates insecure connections with known vulnerabilities (Stamp 2012). The emergence of these risks necessitates the design of cyber and physical security controls as an integral part of any renewable energy project.

The data and results will be analysed to assess the hypothesis of this paper, which is, the installation cavity barriers in Ventilated Façade (VF) systems improves the fire performance of a building and mitigates external and vertical fire spread.

The findings in this research paper are to the most part consistent with the hypothesis presented. It was found that the installation of cavity barriers is effective in mitigating external fire spread. which is done by limiting the fire to spread through the cavity and keeping the temperature within the cavity below 250°C.