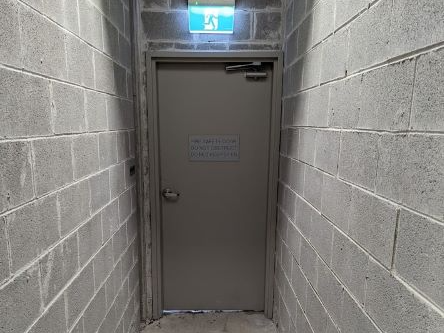 As shown in Figure 1, D2.22 (a) in the BCA stipulates that for Class 9a and 9c buildings, and for all buildings above an effective height of 25m, the doors from fire-isolated exits must not be locked from the inside. This requirement to allow re-entry into the building from the fire isolated exit imposes considerable challenges with regard to security risks, where re-entry from fire isolated exits could allow anyone to enter any space within these buildings once they have entered the fire isolated exit. D 2.22 (b) provides for an alternative deemed to satisfy (DtS) strategy which helps mitigate this security risk to some extent. Every door throughout the fire isolated stair is equipped with a fail-safe device that is integrated to the fire alarm panel so that the door automatically opens upon activation of the fire alarm. However, the designer must select two alternatives where either the doors on every fourth storey are not able to be locked or every door is equipped with an intercom system operated from within the fire isolated exit.

The Guide to the BCA elaborates on D2.22, as shown in Figure 2, explaining that the intent is “to minimise the risk that a person becomes trapped in a fire-isolated exit” and in the case that the fire-isolated exit becomes unusable during an emergency evacuation, this provision allows occupants to leave the exit and use an alternative exit to evacuate. Another important note is that in the application of D2.22(a)(iii); if any part of a fire isolated exit services the building above an effective height of 25m then this provision is applicable to the entire fire isolated exit, not just the storeys above an effective height of 25m.

Two non-compliant examples of how this provision is sometimes misinterpreted and applied are provided in Figure 3 and Figure 4. 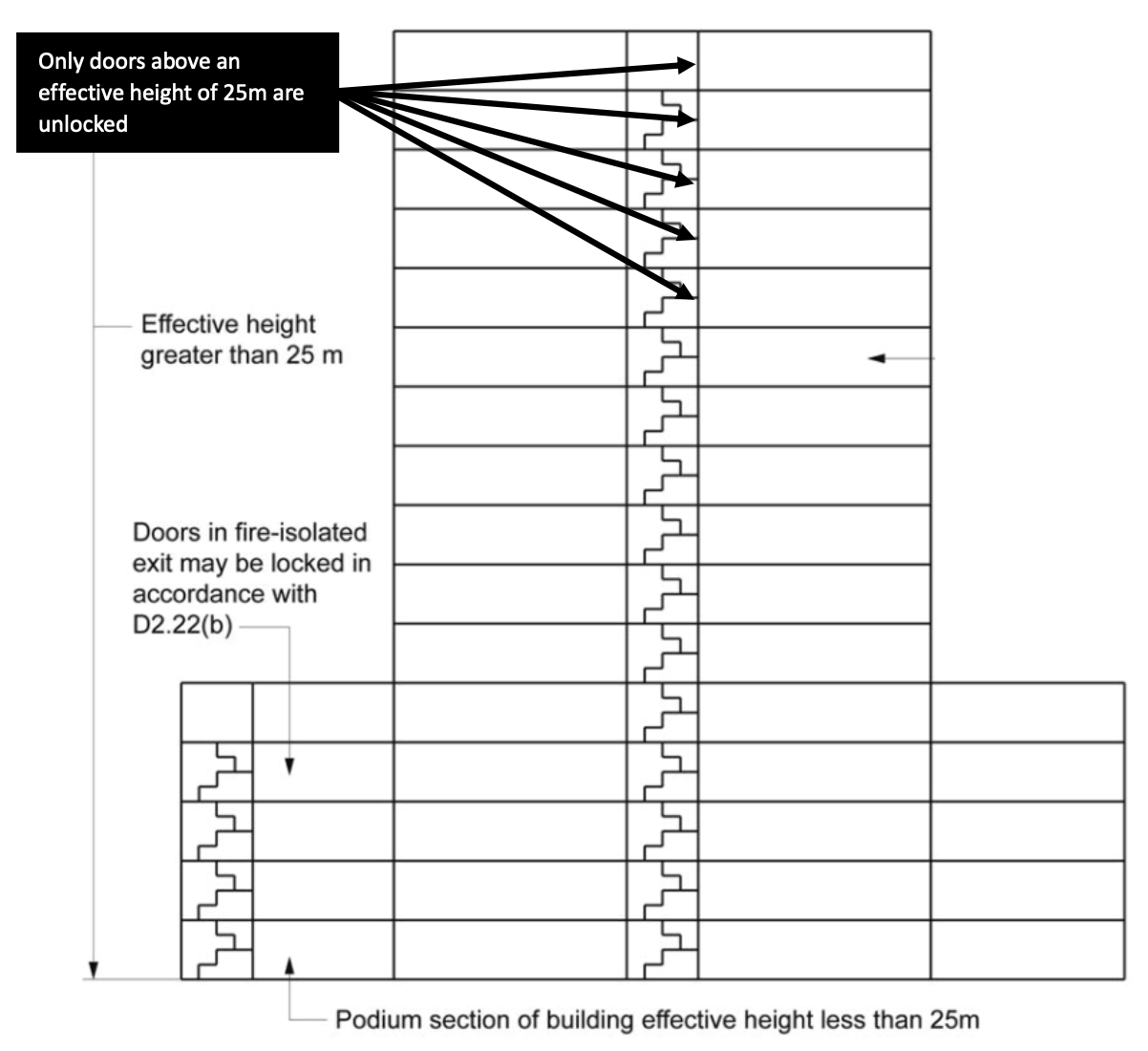 Figure 3 – Non-Compliant Example where only doors above 25m are unlocked – the provision D2.22 (a)(iii) specifically requires this to be the case “throughout the exit” rather than just above an effective height of 25m. 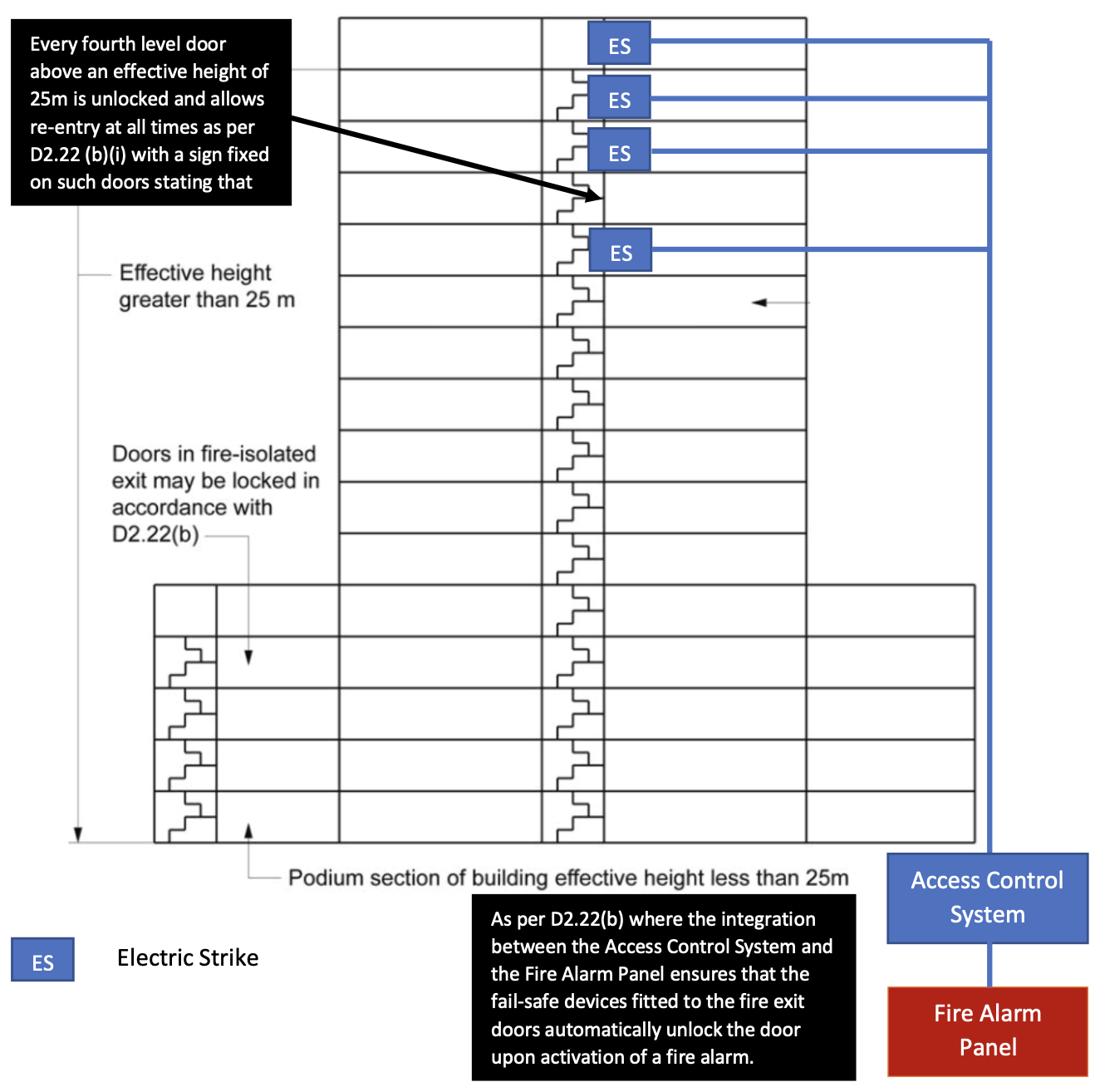 Figure 4 – Non-Compliant Example where the D2.22 provision is applied only to the part of the fire isolated exit above an effective height of 25m.

D2.22 (a) is also applicable in the instance of mistaken entry under normal circumstances/non-fire mode, where a person entering the fire isolated stair erroneously will have to travel the entire course of the stairway in order to exit the building, which may become onerous in a high-rise building or a Class 9c building. 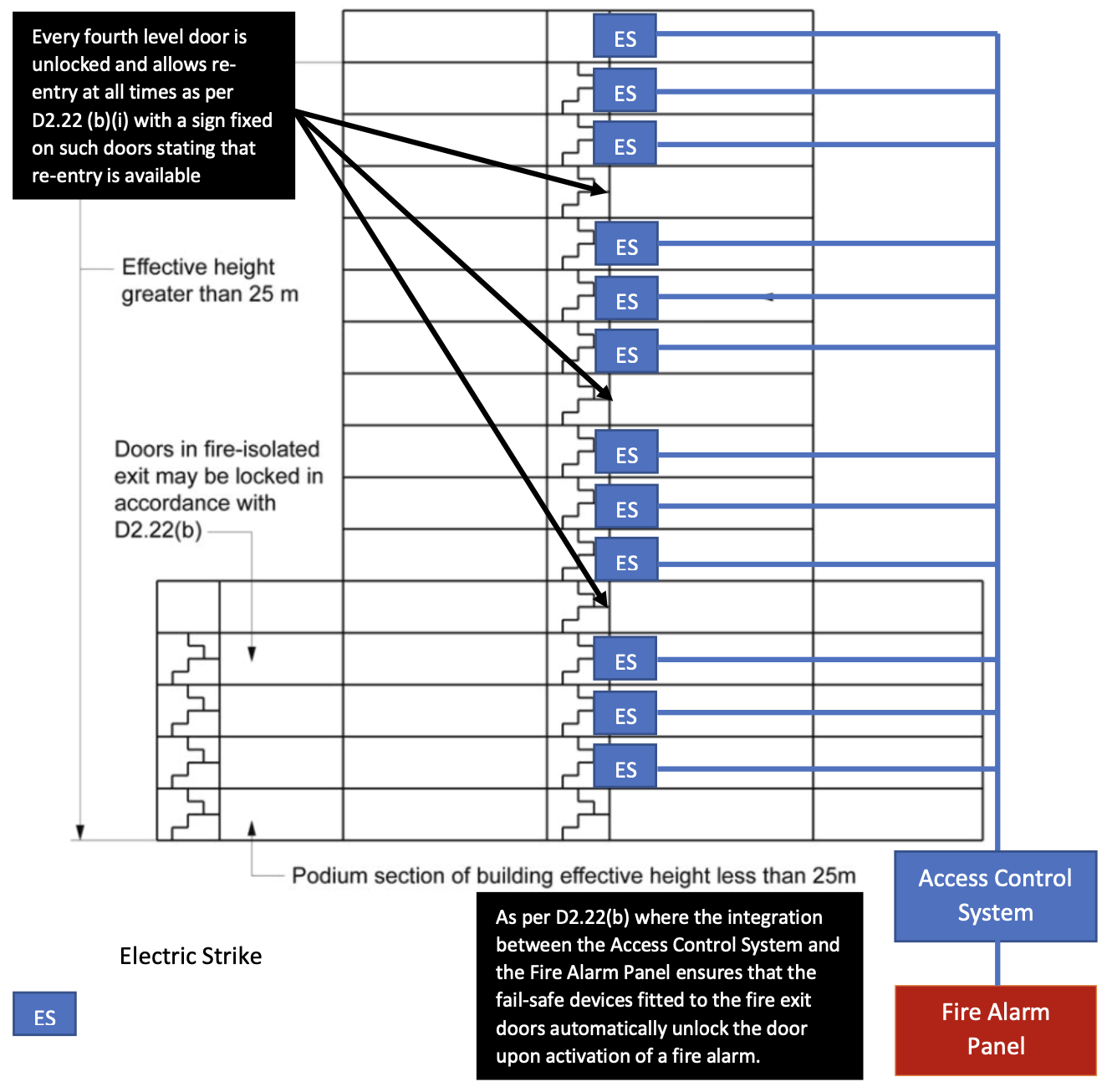 Further risk mitigation can be mitigated, as shown in Figure 6, through the deployment of fail-safe electric strikes on doors of all levels throughout the fire isolated stair and the deployment of intercoms inside the fire stair along with signage as per D2.22 (b)(ii). Deploying these intercom solutions requires due considerations to the reticulation requirements and fire-stopping of any penetrations into the fire isolated exit. A further consideration is the ongoing cost of building management or a third-party provider being able to receive these calls made from within a fire stair during an emergency evacuation situation. 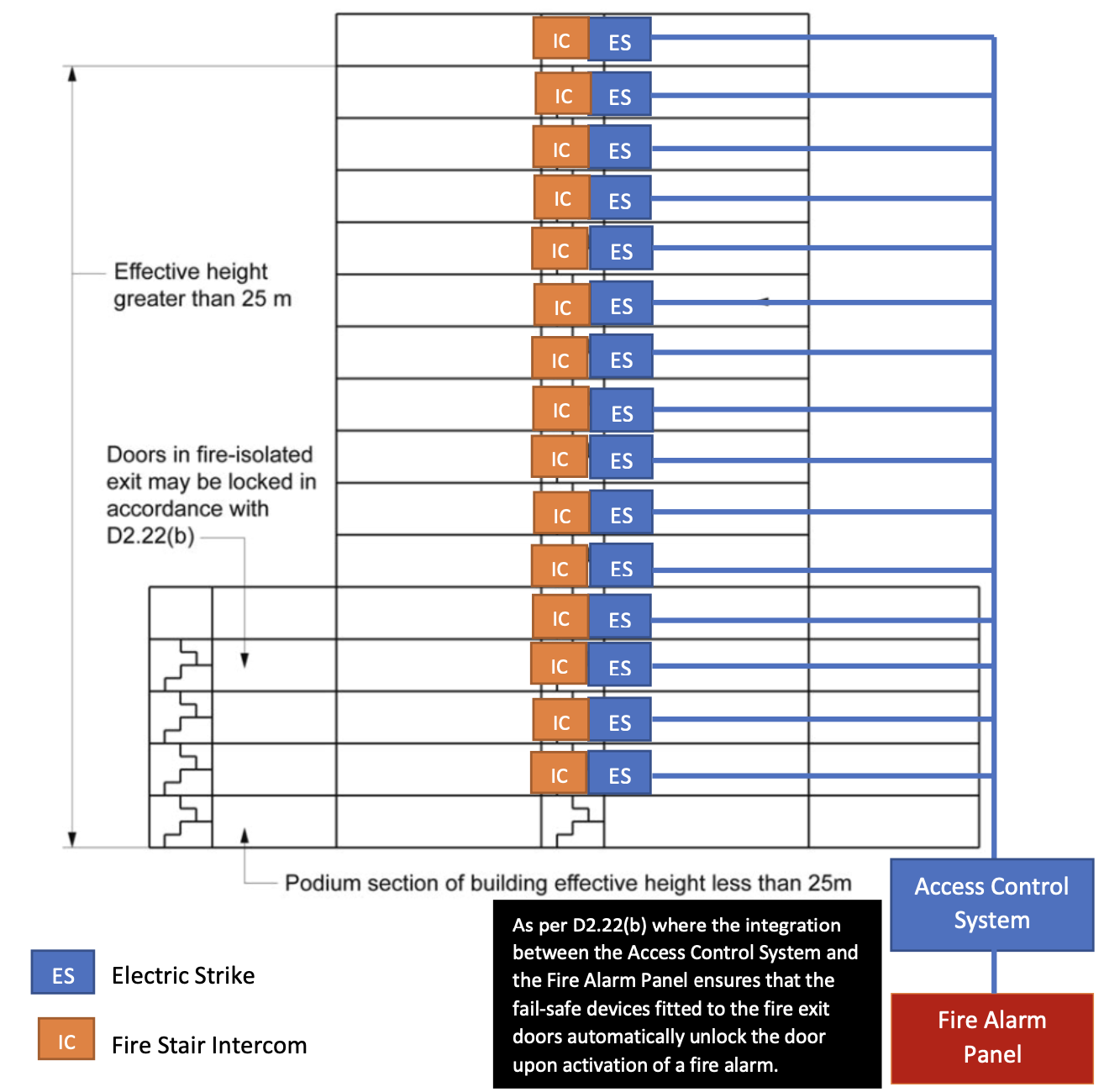 Beyond these mitigation measures, reed switches can be deployed at each door and silent alerts, or audible alarms can be triggered through the intruder alarm or access control system. Video surveillance deployed within the relevant storeys to capture evidentiary recordings of individuals that gain unauthorised access. Finally, designers have a further recourse to head down a performance solution route.

Lote Consulting offers specialist security and fire safety consultancy services to deliver compliance with the BCA and design solutions to execute your architectural vision, whilst working with budgetary and other project constraints.